Why Join a Club? 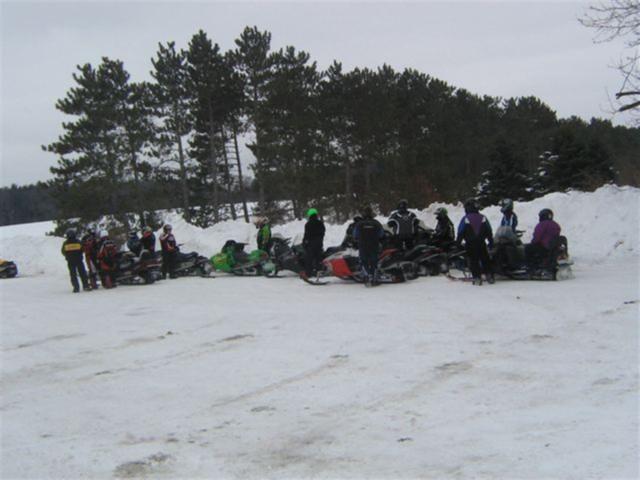 To describe the benefits of joining a snowmobile club, we turn to a widely circulated column from the now-defunct Snowmobile Magazine, describing the Top 10 Reasons To Join A Snowmobile Club. The list was compiled 20 years ago but it all still holds true today:

10. Snowmobile clubs gain land access to create snowmobile trails. Without the clubs securing land leases and paying insurance costs, no trails would cross private property, and that means the sport as we know it would not exist. All this takes time, effort and money.

9. Snowmobile clubs clear and create trails. After the land access is received, somebody has to clear away the brush, cut down interfering limbs, haul out trash and smooth the base of the trail. Club members also must build bridges over creeks, rivers and low spots, and that takes a lot of work and a lot of money. This is all done by volunteers who truly love the sport. Without these hidden heroes, the trails would not get cleared, bridges would not get built and most trails would disappear.

8. In most areas, snowmobile club members groom the trails, or hire the people who do. Sometimes these groomer operators get a token fee for their hard work, but the dollar-per-hour rate is menial at best. Again, these are more of the hidden heroes who spend their time in a slow-moving groomer, tending to the trails. Remember, if you are not a club member you have no right to complain about trail conditions.

7. While we're talking trails, who do you think puts up all the stop signs, the directional arrows and the signs that tell you the distance to the next gas station or restaurant? If you said "the snowmobile clubs," give yourself 10 points and keep reading.

6. When funding is needed to pay for groomers, insurance or trails development, do you know where that money comes from? Sure, the $15 or $20 people spend to join a snowmobile club helps, but in many states money also comes from snowmobile registrations and gas tax rebates. Why does our sport get this money from the state? Because our sport is organized. If the state snowmobiling association can talk about its 25,000 members, for example, and those members call their local lawmakers and ask for support, the funding has a much better chance of getting approval. Furthermore, it is the snowmobile clubs and state associations that fight the battles to open public lands to snowmobilers, and there is strength in numbers. Become one of those numbers.

5. With some clubs and associations, membership brings financial benefits. There are often discounts at sponsoring businesses, breaks on lodging and sometimes cheaper registration or trail permits from the state.

4. Belonging to a club makes for better, safer snowmobiling. Historically, surveys and accident statistics have shown that snowmobile club members have a much lower accident rate than non-club members. Why? Because club members tend to be conscientious, they tend to stress safety and they are aware of safe-riding issues.

3. Belonging to a snowmobile club provides a great social outlet for your favorite hobby. You can attend club rides or trips, go to club meetings, take part in club fundraisers or partake in off-season fun. Belonging to a club gives you a good opportunity to ride with different people, experience different areas and hang out with people who have similar interests.

2. Belonging to a snowmobile club makes you a part of the solution instead of a part of the problem. If you think the snowmobile trails should be groomed more often, that a certain trail should be rerouted or if you consider some section on the trail poorly marked, get involved. Most snowmobile clubs seek fresh opinions and want more feedback.

1. And the No. 1 reason to join a snowmobile club: It's just the right thing to do. For all the reasons listed above and many more you should belong to a snowmobile club. The costs are minimal, the benefits are great and it is your responsibility to support the sport. It's cheap, it's simple and it's right.

Ready to find out more?