Earl Fredrick wins Snowmobiler of the Year Award
Earl Fredrick was awarded the Marquette County Snowmobiler of the Year 2016 on October 5th. Many member of the Marquette County Association gathered at Harris Villa to surprise Earl with this award.
The award says, "Earl's dedication to the sport of snowmobiling in Marquette County has elevated him to a place of honor. In 1969, he and 3 others met to form what would become the Marquette County Snowmobile Association. Earl also opened a Polaris dealership in Endeavor and was founding father of the Endeavor Freedom Riders. He was strong advocate for the sport and the Endeavor Freedom Riders, serving as club president, committee member, and major force in acquiring the bridge across the Neenah Creek. Earl was chief mechanic for sleds and groomers and was active in all club functions, including being their number one trail groomer over the years. He was always willing to help anyone and everyone 24/7. In 1983 he moved an old granary down to the trail for a warming shelter for all who came by. He rebuilt it in 2008 after its nine lives were up. The Endeavor Freedom Riders and Marquette County Association salute Earl for his active participation at the local and county level since 1969. 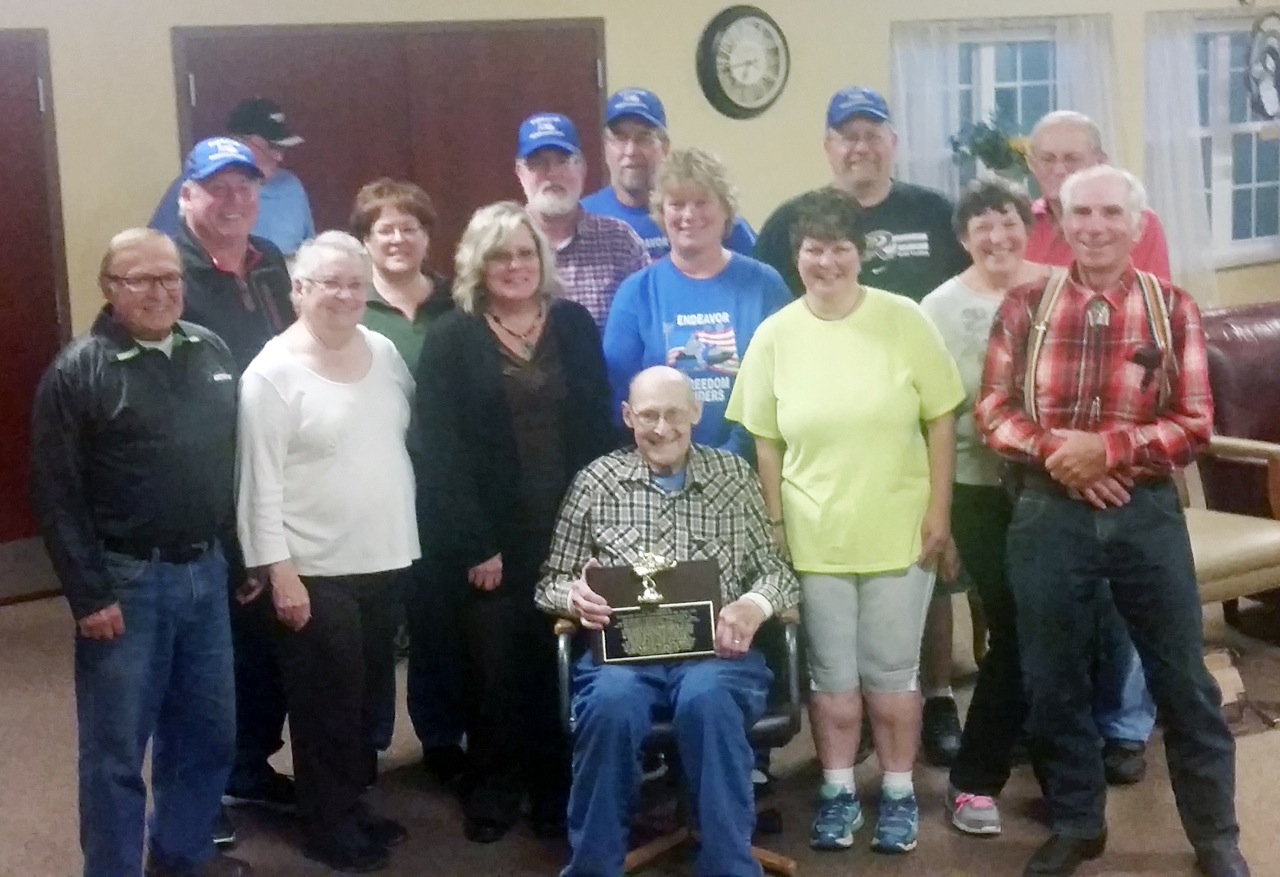